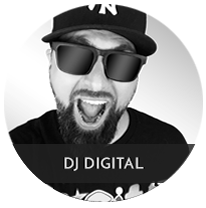 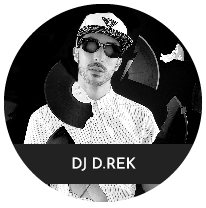 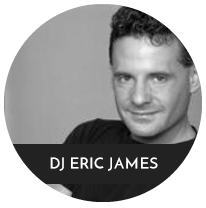 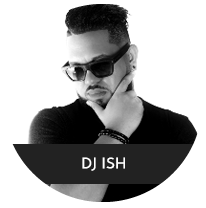 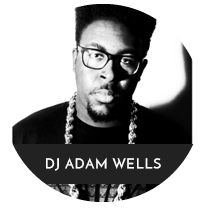 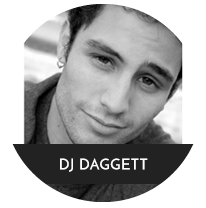 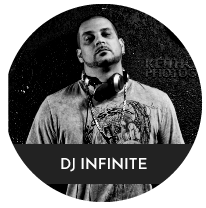 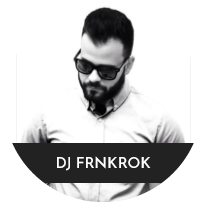 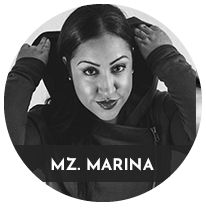 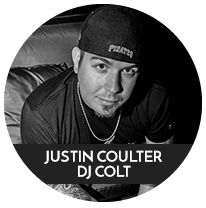 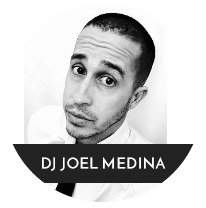 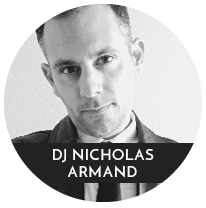 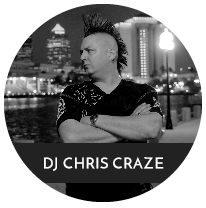 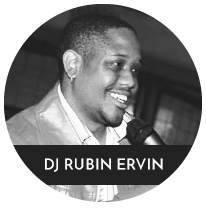 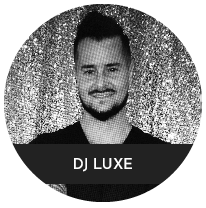 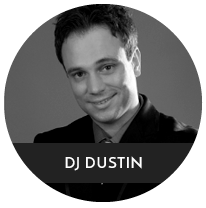 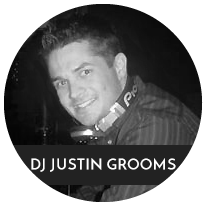 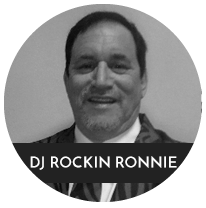 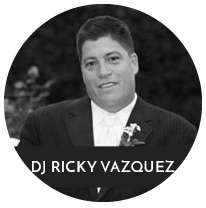 DJ Colt resume speaks for itself. Few jocks in the industry can even come close to his incredible accomplishments.

DJ Colt is well known nationally on the club scene as DJ Colt. His extraordinary dee jaying talent was discovered in 2011, when he attended the DJ Expo in Atlantic City, where he met some of the greatest DJ talents in the industry. He passed out his demo CDs and soon found himself dee jaying across the US and Internationally!

He is well known in Pittsburgh and Philadelphia where has dee jayed at XFinity Live, Diesel, The Flats, Altar Bar, Mr Smalls, to name a few. He also spun for the Pittsburgh Pirates and Pittsburgh Penquins.

On the corporate and charity side, he has provided entertainment for the National MS Society, Leukemia and Lymphoma Race to Anyplace at Heinz Field, Jason Thompson Charity, American Heart Assocation, Victoria’s Secret, Guess and Get Inked.

A native Floridian, DJ Luxe has been rocking crowds for 11 years, over 1,000 events, and for some of the largest companies and most discerning clients in the wedding industry. He has opened for Pitbull, DJ Khaled, the Bangles, Counting crows and more! He is considered one of the most versatile in the central Florida industry!

Rockin Ronnie, AKA Ronnie Aronoff, started his musical journey when he was 13, when his Uncle gave him a musical instrument. It was at this moment that Ronnie Aronoff knew he wanted to be part of 'The Scene'.

He first became interested in the music scene in 1974. In 1975, aged 14, his Mom and Dad bought him his first set of turntables. At the age of 16, he was already being touted as an answer to Fabio. He did various warm up sets before the doors opened in clubs hosting major names such as Fabio, DJ Hype, James Brown, KC & The Sunshine Band, and many more. In 1980, he achieved his big break when he Rockin Ronnie realized he was big in the game. It was after this point when he started getting gigs at big events such as Studio 54, Ultra, Pete N Lennys, and touring the world as a guest opening DJ and working the circuit of South Florida and New York, and now World Wide DJ, and MC.

After receiving several offers, to become a house DJ Rockin Ronnie joined TK Records, who helped distribute his first release, 'A rose is a rose' in 1989. Though the single didn't sell as many as he probably would have liked, Rockin Ronnie is a fighter and since 2012 has been locked in his world perfecting his craft.

Rockin Ronnie has toured with some of the biggest names in the music industry as a DJ and production manager. Some of the great names are The Drifters, The Coaster’s, Sam Moore (Soul Man), Dion, Pat Benatar, Frank Sinatra, Bette Midler, The Commodores, Pitbull, KC & The Sunshine Band, George Lamond, Rob Base, TKA and many more.

He has worked the circuit all over the USA.

Versatile. There is no other word that best describes Nicholas Armand. Whether it’s a corporate outing for a Fortune 500 company or a sold-out nightclub, the man that embraces the label “One of the most Versatile and Exciting DJs in the Southeast today” controls a room with the utmost poise and skill.

For the better part of a decade, Nicholas Armand has maintained a vigorous schedule of club residencies, tour dates, mixshows and special event performances spanning a large portion of the US landscape. Constantly learning and evolving, his approach to music selection follows music trends while simultaneously maintaining his unique, ‘no-restrictions’ style.

Joel Medina is a self-taught professional DJ who has been performing at corporate events, private events, and public shows at venues large and small throughout Florida. Joel is also very active in the community dedicating much of his time to performing at charity events such as Make a Wish Foundation, Give Kids the World, Children’s Miracle Network, and others. Motivated by his love of music and making people happy Joel began his career performing as a Karaoke Host DJ at large vacation resorts near Disney. Since 2005, Joel has been performing as DJ and Master of Ceremonies at all types of events. His popularity in the Central Florida area has continuously grown due to favorable word of mouth and the testimonials of numerous happy clients. Joel has performed with many well know acts such as Hootie and the Blowfish, Busta Rhymes and, Tone Loc, to name a few. His infectious enthusiasm is the highlight of any event.

Joel’s regular gigs include Celebration Town Tavern, the Johnny Damon Foundation, Hearts of Reality, and the Kissimmee monthly Food Truck Bazaar. Much of Joel‘s success is due to his outstanding professional abilities with the microphone. From maintaining the excitement level to getting your message across, Joel’s skills always come through. Recently Joel has taken his skills to work with Electro Magic Productions where he performs at major events hosted by Universal Studios Orlando, CityWalk Orlando, and Islands of Adventure. Joel’s music collection encompasses all genres for all ages and is always current. His use of the “Open Format DJ” style and ability to understand his audience and play the music that appeals the most and best matches the mood is unparalleled. 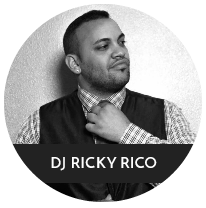 Born and raised in Philadelphia he grew passionate for music due to his father being a musician all his life since he was 17, and his mother having a natural ear for music as well. He grew up with musical influences from freestyle music, salsa, meringue, old school hip hop, and disco. Finally at the age of 13, after moving down to Orlando, FL for his father’s new job, Ricky was introduced by his father to his first DJ system ever. His father having been signed to Sony Records in Puerto Rico as a tour DJ, wanted to see if his son had the same ear for mixing as he did. He soon found out he was right, and as time went on Ricky went on to start mixing at his friend’s parties and his middle school dances. With the support from his father his hobby grew into a business as he began expanding to doing weddings, parties, and special events. Presently he is involved in the bar and nightclub circuit along with continuing his business in private events.

At only 28, Frank Gutierrez aka FRNKROK has executive produced two nationally distributed albums in Japan and garnered International support from dance music heavy weights such as DJ CHUCKIE and Kissy Sellout. He has released a variety of Beatport singles with labels like CARILLO and 3star Deluxe, and has received support from top mix show talent such as DJ Kontrol - all while celebrating multiple year residencies.

From sharing the stage with internationally renowned DJ’s to rocking parties for Fortune 500 companies, his ability to understand his audience at first glance is unmatched. He now finds himself contributing custom edits to DJs the world over as one of the top audio engineers for the DJ industry’s #1 source for music/music promotion, Promo Only, Inc. With a catalog of new remixes and original content on the way, 2017 looks to be a promising year. 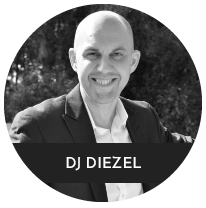 Music has always been a huge part of Diezl's life. He has loved to entertain people since a very young age. Now, his passion for music and mixing has been transforming the lives of many parties in high-level energy events.

I'm a high energy person with a passion for life, people and for my line of work. I love to win (who doesn't ) When I go to work I go to war and I win! I have 24 years of Night Club experience, 15 years of Radio and have done over 300 weddings/company parties.

I have a high energy, powerful and marquee voice and have voiced over 500 Radio and TV spots to date. My work and voice is on Radio & TV stations across the USA and Canada. My most recognizable spots I have done include 1-800-411pain, voicing the "slinky" on the Geico tv commercial, the voice for Universal Studios Orlando/LA, Ticket Master and Auto Nation.

Although I'm semi-retired from DJ'ing I still do some nightclub MC'ing and DJ'ing at a few major night clubs hyping up the crowd, generating revenue and keep the party going.

I was one of Princes DJ's at Glam Slam Minneapolis for 7 years and also DJ'ed a few Paisley Park events. I continued to DJ at Quest after Glam slam was renamed. I also was the resident DJ at Tropix Beach club in Minneapolis for 8 years which next to Glam Slam/Quest was the 2nd biggest and 2nd most popular club in the Twin-Cities. I'm currently Shelia E's touring MC and DJ. I also used to be a DJ on Premier Cruise lines back in the90's and still fill in on RCCL when needed.

hosted a TV show for teens called Today's Teen, The Talk Show for Teens from 1999-2006 which is now in light syndication but not in production anymore.

I'm working on getting my own Radio talk which would be a straight talk, no spin, blunt, honest, in-politically correct show targeting the real issues that no one else will address so I hope that dream comes true someday.

Dustin Anderson is a D.J./Entertainment Professional with over 10 years of experience, performing at a wide variety of venues including sports arenas, resorts, hotels, nightclubs, street parties, and country clubs. He is an Orlando native who has performed across the nation, from Los Angeles, to New York, to Orlando. When it comes to the D.J. business, Dustin has done it all: poolside resort entertainment, weddings, corporate events, black tie galas, conventions, dance clubs, and sporting events. He prides himself on mixing the best of all eras and genres and considers himself much more than just your average D.J. He has honed his skills as a Master of Ceremonies, singer, dancer, and specialist in blending beats. This unique mix of talents has proven to be the ultimate formula for contributing to a successful event. His experience as a DJ for The Orlando Magic, Orlando City Soccer and Westgate Resorts has also helped to develop his interactive show for families. Producing and writing music for his record label, DNA Muzik Group is his passion and his love for music shows in his performance. With his tasteful song selection he will keep your crowd moving and believes there is no excuse for an empty dance floor.

PopRoXxX has an energetic and alluring stage presence, for he is not only a great DJ but also a performer. He likes to keep the crowd actively involved in the show by bringing the energy of a live stage performance to the club atmosphere. He not only has shown this in his personal shows but also when opening for, sharing stages or playing with: Busta Rhymes, Fat Joe, Mims, Third Eye Blind, C&C Music Factory and Weird Al Yankovic...just to name a few.